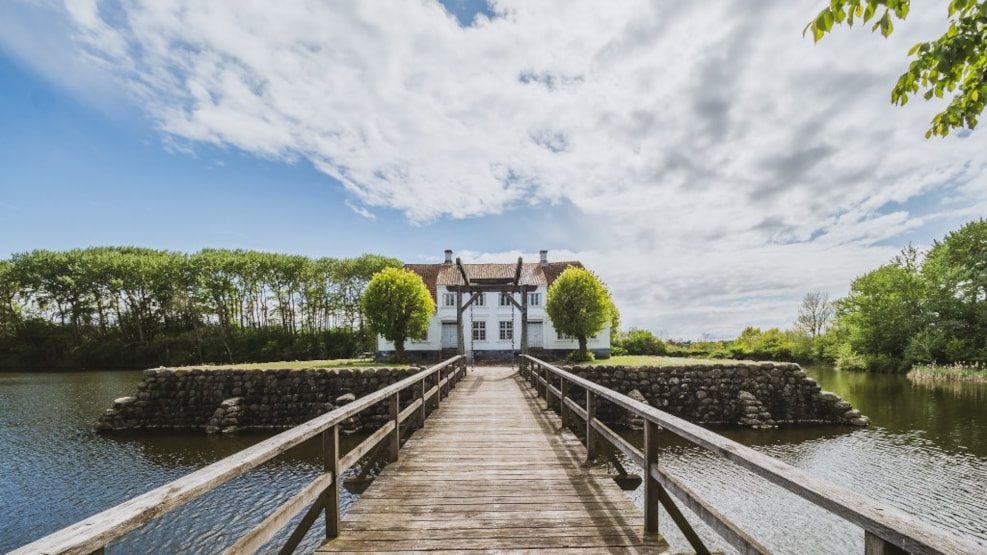 Søbygaard Manor is a testament to Ærø’s noble history: the island was actually a part of the Duchy of Southern Jutland until 1867. The farm was originally built by Duke Hans the Younger (1545–1622) as a part of a huge estate complex.  The main building and the more recent farm buildings are seated on two artificial islands, clad in impressive stonework.

Søbygaard stands next to a mediaeval embankment built in the twelfth century, from the top of which there is a magnificent view of Vitsø Lake and the island of Als. During the summer, the manor hosts a variety of activities for children and adults like Kys Frøen (Kiss the Frog).

The main building and the barn host changing special exhibitions in the summer months.

The concert hall is decorated with works by the celebrated artist Sven Havsteen Mikkelsen; they are actually the designs for glass mosaics that now adorn a number of Nordic churches. Sven Havsteen-Mikkelsen lived the last 25 years of his life in Øster Bregningemark, which is not far from Søbygaard.

During the summer, the hall is the venue for concerts of classical music performed by musicians from Denmark and abroad.